2 April 2011 is the annual spring swap meet sponsored by 48 North and hosted at Fisheries Supply (map).

I've been going or selling for about 5 years now. It is common practice for people above a certain age to be milling around the place at 0600 or earlier trying to get the best stuff it does go on all day, but I usually give up by Noon at the latest. There are quite a few professional buyers (Ebayers, used book store folks, etc.) and a good steady stream of regular salty folks and everybody wants a bargain so be prepared to haggle. This year the forecast is for rain so I'm a little worried about how things might go, but we've go stuff to sell and this is one of the best places to do it!

Here is our list of Sells and Wants if you see anything come on out!

The 48 North Swap Meet is coming in April! 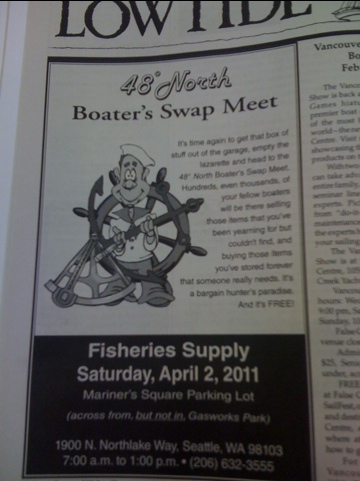 Now that we have a Sailrite, Dawn and I finally paid a visit to Seattle Fabrics to check out the place. Wow, they have everything! Not only do they have a ton of Sunbrella and other outdoor fabrics, but they also have a ton of snaps, buckles, and other accessories you might need in a project. Their prices on Sunbrella are higher than Sailrite, but sometimes you can’t beat stopping in the actual store to pick stuff up. This may shortly become the next place we spend all our money.  ;-)

We left <<The Yard>> and went back in the water on Saturday, back to the slip to tank up with water and then headed out with s/v Palarran to Blake Island. On the trip over there was no wind so we motored and despite a minor engine issue on s/v Palarran, who had to bleed their fuel lines in the middle of Puget Sound, we arrived safely without incident at Bake Island. It was pretty rainy and we were there to go to dinner at a party in Tillicum Village so we didn’t’ explore much of the island. We’ve anchored at Blake previously and never have used the Marina. The first come first serve marina is a tight entrance but well protected. The dock fee is \$.50 a foot and for \$6 a night you can also use the shore power. There are nice shore side toilets and showers and large picnic building with large fireplaces. You need to bring your own wood or but it onsite. We will definitely be back to have a big fire soon!

After our dinner party we enjoyed a windy rainy, rainy, rainy night at the dock which allowed us to find every leak on the boat.

The next morning we holed up, made breakfast and waited for the weather to let up . Around 1pm the wind in the marina was calm enough for us to safely depart and the rain had let up completely. We sailed back in 20+ knots of wind with seas and current all aiding our progress to the north. With a 110% jib alone really twisted off we reached close to 7 knots repeatedly and were averaging 6 knots. The seas weren’t always complimentary to our sailing and we bounced around a little bit. Having not sailed in a year we weren’t used to that and were a little uneasy, but we settled into it and worked the waves when we could and the gusts as well and then things settled down and our confidence returned.

All in all it was a great trip for us and hanging out with CB and Tawn is always a good time!

It’s been a long time coming but the new site is up and looking gorgeous. I’ll let you know if it’s bug free in a few days. ;-) 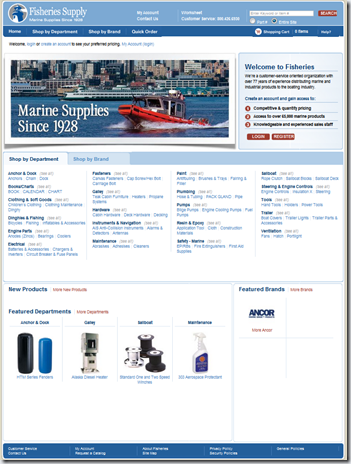 Continually rumored to be “2 weeks away” for about a year, Fisheries Supply’s new website is now officially acknowledged to be “coming soon”. I personally can’t wait, having accurate inventory and being able to see your purchase history online will be awesome! 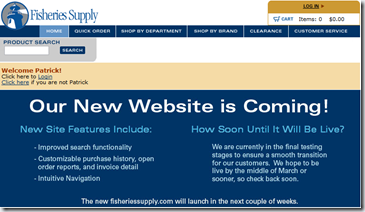 These are  set of links I had squirreled away with the weather turning ugly, it's time to start looking at where you want to go when the weather is better

Saturday we sailed up to Port Gamble, WA to join up with the D is for Debauchery gang (the neighbors from D-Dock). The sail up was awesome, we sailed downwind under the genoa with 15-20kts of sustained wind and fast currents pushing us over 9kts SOG from time to time. It was a great downwind sail and good experience for Dawn and I doing a run in winds more like I’ll expect we’ll see in the trade winds. As we rounded Foul Weather Bluff and headed into Hood Canal the wind moved to be pretty much on the nose so we furled up and motored into the very narrow entrance to Port Gamble Bay.

There were already 4 boats rafted up and Dave from s/v Epic and Mike from s/v Bamboo were were there in the dinghy to take our anchor out after we rafted up. Now that’s service! Cue the drinks… ;-)

We put the crab pots out and proceeded to catch 4 freezer bags of Dungeness and rock crabs across the flotilla. Dawn cooked them up after Jason from s/v Danika cleaned them. It was a great team effort that ended up with delicious crab in my belly.

Between Saturday night and Sunday evening (I’m writing this offline on the boat on Sunday) the winds have been at time gusting as high as 35 kts!! The mass of anchors we have out are holding well, but it does make for a pretty bouncy ride. There have also been a couple of large squalls that have through giving the boats a good washdown. I have some pics of the worst of the downpours where you can barely make out the shore from the boat.

Port Gamble is a nice pretty well protected anchorage. Had we setup further to the south I think we’d have been less rolly. Its not very protected from a northerly wind. The town itself is an old company town; still owned and maintained by the lumber company which founded it even though the mill has closed. I’ve not had a chance to go ashore but I hear there’s a small general store which includes a shell museum and not much else.

<Back home on Monday Night>

Sunday night was the worst night at Anchor in terms of comfort, but we learned a lot about anchoring in high winds (30 KTS+ and chafe). One of the boats almost broke free from the raft when a line chaffed through. In the morning we had a line which had almost chaffed through as well. Lesson learned there… chafe gear… have it, use it!

Sunday night shore side reunion at Hamburger Harry’s was also a huge success. If you have not eaten (or worn) one of their burgers… do it.

Thanks to s/v Epic, s/v Danika, s/v Bamboo, s/v Wasabi and the other friends who shared various rides for a great weekend!