Our next stop on our way to La Paz was Bahia los Frailes which is not too far from the Tropic of Cancer at 23° 27’ N.  The trip north was well planned (actually it was more luck) because we had an amazingly speedy motor sail with south winds and south swells, which is highly unusual for this time of year.  We were enjoying trying to best each other’s fastest speeds while surfing Deep Playa down the large swells.  We arrived in Bahia los Frailes and were yet again taken aback by the lack of protection from the Sea of Cortez.  Patrick and I had become so accustomed to well-protected Puget Sound anchorages where we rarely were exposed to anything except tidal changes and swift currents. But we quickly got over our concern and dropped anchor close to the beach in 5 fathoms of crystal blue 83° water in good holding sand tucked behind the large headland of Cabo los Frailes.  Cabo los Frailes juts out into the Sea topped by Cerro los Frailes (the Hill of the Friars) which rises 775’ above sea level and provides some good protection from north winds and swell.  I had big plans of climbing that bad boy the very next day in hopes of taking some pictures of the breath-taking panoramic views.  According to one of the guidebooks you could scramble to the top even though there were no trails. 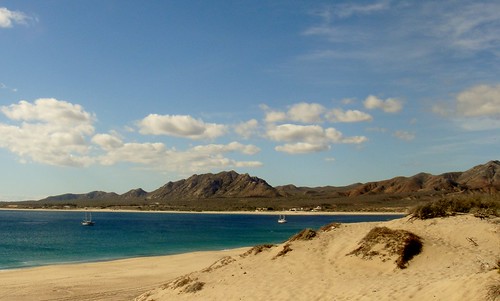 I was so excited to wake up early the next day to go exploring the very long white sand beach and hike up that hill.  Patrick, on the other hand, was let’s just say, less than enthusiastic about the idea.  As we set out early in the morning to avoid the heat of the day we hiked closer and closer to the foot of the hill.  Patrick was growing concerned as it did not look as if it offered good holding on its steep scree-covered hillside. 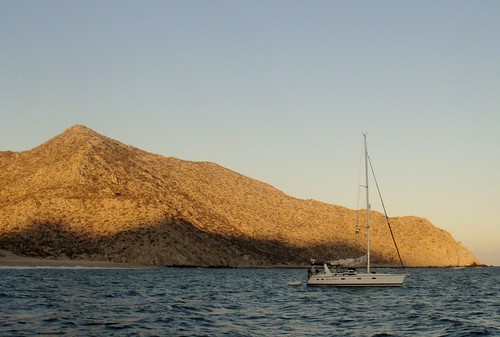 Patrick, being an experienced climber, vetoed the whole plan as there were fairly large areas of recent rockslides and not to mention the loads of really good hiding places for snakes.

I understood the logic but I was extremely disappointed anyway.  So instead we hiked a little while over the dunes and went into the village in search of a restaurant that, according to the guide book, offered cervezas fria.  We stumbled into the little fishing village and RV park where we ran into some Americans and Canadians that made this place their home for 6 months out of the year for the past 15-20 years!  We asked about the restaurant and learned that the old guy who ran the place just passed, in some unusual circumstances, three weeks prior and that no one had come forward to take it over. 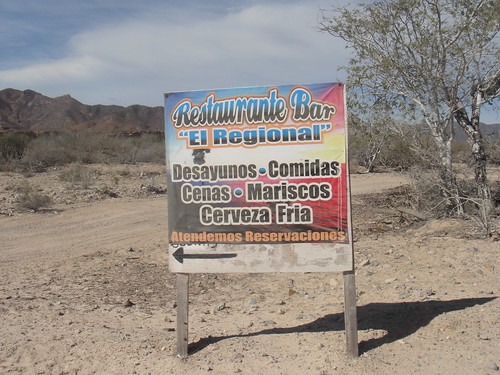 As luck would have it, the little village was host to a couple locals who had brought fresh organic produce from the farm a few hours away. Oh I had been craving fresh lettuce and other veggies to make a huge salad.  We had used up our last stalk of celery and carrot just a few days earlier for a rice and beans dinner.  They were also patient enough to allow me to practice my Spanish and helped me with pronunciation. “Lechuga” (holding up lettuce) “Si Senorita!” “Ajo” (holding up garlic) “AH hoh Senorita”, stressing the A and H syllable, and so it went back and forth until my veggies and fruit were packed in una balso (bag) and taken back to Deep Playa. That night I made a huge taco salad complete with fresh avocados, chilies, tomatoes, peppers and black beans. 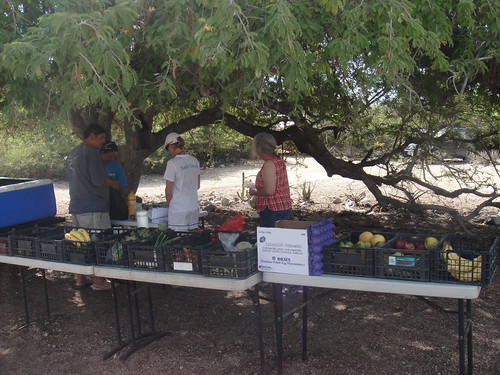 Fresh produce from local organic farmers helping me with my Español!

Since we were planning on leaving early the next morning to head further north 50 NM to Ensenada de los Muertos we went to bed early.   We will be back again soon enough to explore further and to enjoy the long beautiful white sand beach.